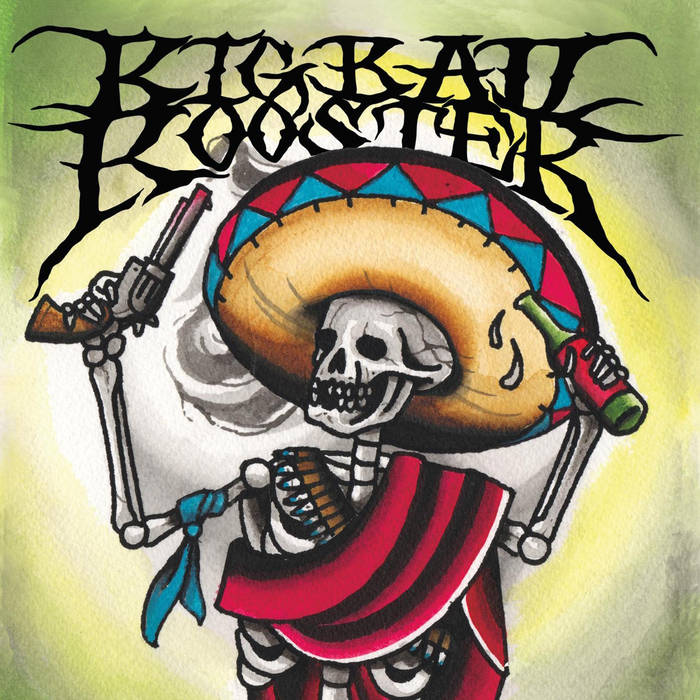 Big Bad Rooster is a bluegrass band who deliver compelling, original tunes in the tradition of American roots music. Determined to capture the raw power of their live performance, the band began recording their first full-length album in the summer of 2016. The album contains seven original tracks penned by lead singer Michael Solan, and three tunes that offer a glimpse into the bands old-timey influences. Big Bad Rooster is also joined by long time friends the Honey Whiskey Trio, who sing sweet, soulful harmonies on three tracks.

Respected music writer, DJ and host of Raw Power Hour, Simon Weedn says that the album comes across as honest and authentic, with high energy and a hopeful heart.

“Bluegrass has its roots in some of the oldest musical traditions of the United States and has long been a source of authentic story telling about rural life and working people. Though the genre has enjoyed a resurgence in interest as Americana music has regained some popularity, it can be difficult to find acts moving beyond old traditionals and pushing the genre into new territory. Thankfully, Long Beach, CA’s Big Bad Rooster are on the rise and available to please those ears looking for new flavor in a classic form. The band’s debut full-length album blends vibrant stories of modern life and contemporary struggles with an exciting style that will appeal to both purists and new-comers alike.

Delivering 10 songs in just under a half hour, Big Bad Rooster keeps their tempos fast and the energy high on their first release. The record pulls and flows quickly like a river with a strong current, yet the band always stays together and never once slips into sloppiness. In fact, the pacing of the album not only allows the band to show off their nimbleness and musical chops, it adds a fire and urgency to their music, keeping their recordings in lock-step with the power and heat of their live performances.

In addition to the quartet’s tenacity, skilled musicianship, and keen ear for wonderful vocal melodies and harmonies, the record has wonderfully full, immersive production that accentuates Big Bad Rooster’s sounds and style. Though the band produced and recorded the album all on their own, they manage to avoid so many of the pitfalls of home recordings by giving theirs more filled out, well balanced, and rich qualities, instead of opting for the more raw, lo-fi features of so many of their peers.

Most of all, what comes across so clearly on Big Bad Rooster’s debut is honesty and authenticity. There is soul and spirit in the band’s music that comes from deep within and can’t be taught or imitated. From even the first few seconds of the opening track, it’s easy to hear just how much of their honest selves the band puts into their music. It makes for an album that is captivating and easy to listen to from end to end.

All in all, the record is a solid debut for Big Bad Rooster, and hopefully just the beginning of what the band has in store."

Sound Engineers: This album was recorded by Paul Rhoda and Jesse Pridmore for Monolith Recording Studios.

Album Art: The art for this album was painted by Shawn Finley.

Location: This album was recorded at “The House on 9th & Olive,” an old house built in 1983 in the heart of Long Beach.

"Special thanks goes out to our friends, family, and fans for your continued support, to Alex for helping us with your photoshop wizardry, and to Rory and Matt for letting us take over your house through the recording process!" -Big Bad Rooster

Bandcamp Daily  your guide to the world of Bandcamp

outré black metal, with a Victory Over the Sun interview and music from Liturgy and Jute Gyte.